The Evolution of Healthcare: Are new insights in biophysics changing our perception of health and healing?

By Quinn Bluewood, 2016
We're living in dynamic and interesting times, especially for those interested in health and healing. Is this the dawn of Quantum Biology?
As in all scientific endeavours, our understanding of a subject grows piece by piece with the occasional discovery that leads to a paradigm shift within the field.  With the integration of knowledge from within the fields of biology, chemistry and physics, advancements in technology and the wisdom of ancient healing systems, we are continually expanding our awareness of the world outside and within us. This is certainly the case regarding the area of human health. While it seems there are increasing numbers of mystery diseases appearing and an exponential growth of many chronic diseases that were extremely rare 50 years ago, opportunities for fortifying and supporting our body's innate healing capabilities are also becoming more abundant. However, the development and integration of such knowledge has not always been supported and has indeed met much resistance. Even in current times, many physicians and scientists who are viewing health from a whole person perspective have to be very mindful of the way they share their knowledge. 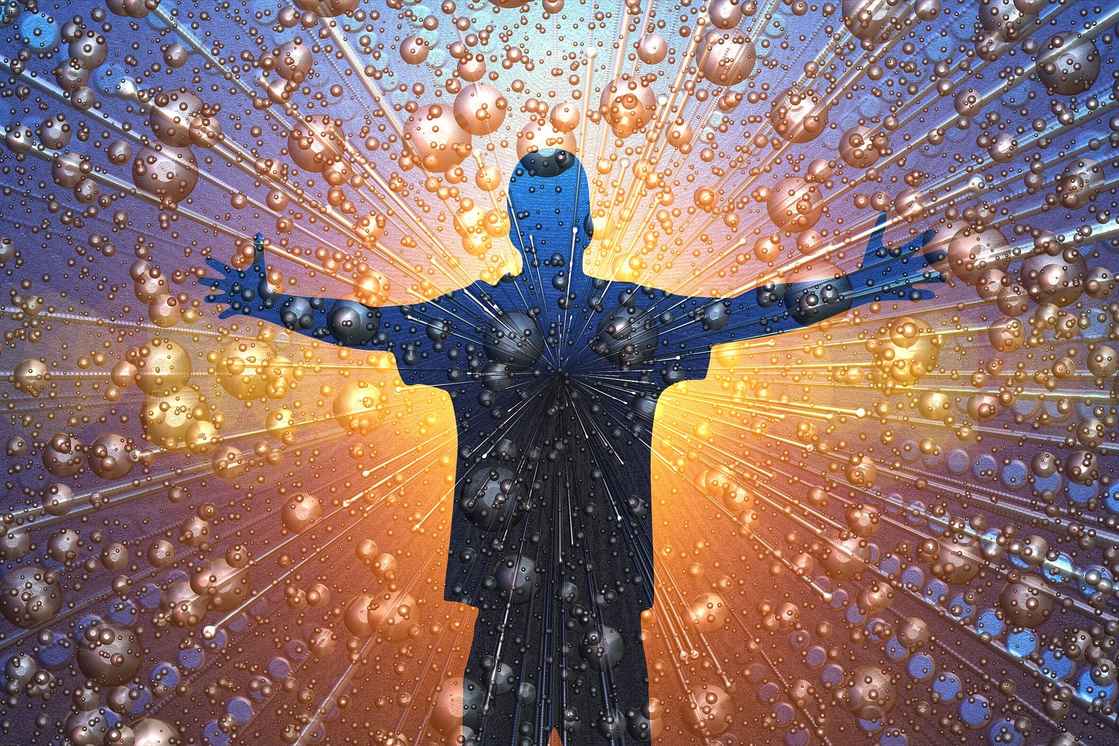 But is this approach to health really new?

Well, we can see in traditional Chinese medicine (TCM) and the ancient Indian health care system of Ayurveda the recognition of an underlying energetic make up to the body. The Taoists traced the meridians and the Indians traced the Nadi's and the Chakras, energy channels and energy vortex's respectively. These are well established modalities and are successful in many circumstances to this day. But going back even further into our ancestry, we have generations of shamans that understood and intuited the energetic fabric of the universe.
When these ancient healthcare systems were originally introduced to the west in the 20th century, the majority of mainstream medics and scientists dismissed these ancient traditions as not credible or as mere superstition, as they could not be completely explained by the existing paradigm based upon perspectives using Newtonian reductionism.
Those types of therapies are also more challenging to test against the gold standard of conventional medicine, the double blind placebo controlled study. It's not really possible in Ayurveda to give a placebo enema used in panchakarma for example.
This high regard of the double blind placebo controlled study (DBPCS) is justified for certain trials and study's, however, when empirical knowledge is disregarded because it is deemed to lack evidence using the conventionally accepted methodology, it leads to much valuable insight being discredited. There are many different forms of evidence and means of empirical exploration that we have used for millennia to demonstrate the efficacy of a particular modality. The dismissal of such understanding also hints at an under appreciation of the many mechanisms that contribute towards healing. There are so many interrelating factors and overlaying influences at play. For instance, the intention and hypothesis of the researchers, the source of funding, the patients and medics consciousness, the surrounding energy fields and so on. These can influence the outcome of any therapy and even a double blind placebo controlled study. It's really quite hard to have a truly objective study but the DBPCS is the best methodology for that aim.
As Dr David Hamilton writes extensively about, the power of the placebo effect is very real and should be emphasized when helping someone with their health to get enhanced healing responses. This is where human touch, empathy and compassion is so valuable to support a person's health journey.

How did the ancient health wisdom and modern day science merge into the unified bioenergetic approach to health we are seeing emerge today?

Over the course of the 20th century we see many prominent scientists and researchers all contributing their part in building a more comprehensive understanding of how our bodies work.
If we look back at the start of the 20th century we have the physicist's Max Planck and Einstein discovering the wave-particle duality and the birth of quantum mechanics. Heisenberg questioned Newtonian physics by challenging the cause and effect theory of subatomic particles.
The medical doctor Daniel Benor worked with the principles of non locality in the 1920's, by conducting experiments demonstrating distance healing.
In 1925, a Russian engineer, Georges Lakhovsky was researching our cell's electrical fields. He detected that our nucleus acts as an electrical oscillator similar to a radio transmitter and receiver. His original research was vilified by the scientific community but was later supported by Professor Burr's research, that an electro-dynamic field surrounds our body and assists the organisation of our body. Then in the 1950's we have Dr Reinhold Voll collaborating with Schimmel to develop a device to measure and detect acupuncture points. They found correlations between the electrical resistance of acupuncture points and disease conditions. Their research led to the creation of many devices that use the electrodermal testing techniques.

Nikola Tesla is legendary for his electrical genius and is credited for bringing us alternative current amongst many other inventions. Unfortunately, it is coming to light more and more that the use of alternative current is actually quite damaging to the human body field that naturally uses DC direct current within the nervous system. However, Tesla also did pioneering work on scaler waves and there potential application in healing modalities.
Royal Rife developed ways to kill certain microorganisms using specific frequencies and the resonance principles. He reportedly had great success eliminating tumours in cancer patients. However, he was heavily condemned by the medical establishment.
Many more discoveries were explored over the course of the century, like Fritz-Albert Popp's ‘biophoton emissions’, Rupert Sheldrake's morphogenetic field theories, Dr Robert Becker's understanding of EMF fields in relation to bone healing and body electrics, Nobel Prize winner Albert Szent-Györgyi understanding of light waves effect on cellular biology, Gilbert Lings research into the importance of water within biology that was previously seen as a benign substrate for chemical reactions. Ling also has greatly challenged the ATP theory of cellular energy, proving that ATP alone cannot account for the amount of energy used by the cell. Again, water and light are proving to be the key pieces here for helping us understand how life works. Professor Gerald Pollack has done excellent research documented in his book 'The fourth Phase of Water' where he discusses the liquid crystalline structure of water within living cells and its ability to form a wet cell battery.
Unfortunately, within the western world the biofield concepts were not fully embraced into the conventional medical approach to treating patients, especially in the second half of the century, where the allopathic pharmaceutical approach became more dominate. Even so, we do see a whole host of diagnostic and monitoring equipment such as MRI's, CAT scan, X-rays and so on that utilise the field and quantum aspects of the body. The understanding and application of bioenergetic healthcare is well on its way to becoming mainstream as more funding gets directed that way. The investment to develop and validate these technologies is often substantial. That being said there are a great number of promising technologies that have been developed in Europe and Russia. These include the Oberon, NES infoceuticals and the Sensitiv Imago.
In conclusion, the integration of multiple scientific fields combined with the insights of our ancestral healing lineages has given us many new horizons of possibilities within healthcare. This movement has been possible by building on the pioneering work of many great scientists over the years that worked against the grain of the accepted thought stream.
While the conventional medical model in the western world has advanced greatly in its ability to diagnose illness and manage disease processes, there is still somewhat of a shortfall to an effective system that can facilitate true healingwithin the body. In fact, it seems that one of the problems lies in the mentality of disease management being the accepted norm approach to health.
It has been demonstrated many times that many so called incurable diseases are being resolved by people doing there own research, seeking true second opinions and applying whole person principles to their healthcare. and actually addressing the root cause imbalances, instead of just treating their symptoms. Over the last century there seems to have been many opportunities to adopt and invest research time to develop therapies using the science of our biofield, but it seems the biochemical model for healthcare fit the existing paradigm, was more profitable and was in turn the favoured modality.
We will be sharing many applications and new developments within this exciting field as we
develop the Health Wisdom Institute. Thanks for reading. Quinn

There are no comments yet. Be the first one to leave a comment!